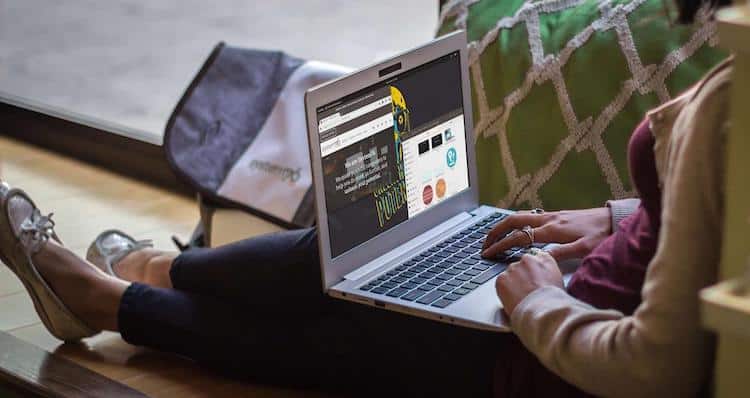 Ubuntu is the flavor of Unix, and it is the open source platform. This opensource operating system allows the developer to use the different version of Unix label them according to their utilization.

The major constraint in keeping it opensource is that they should also keep their code public and do not claim any copyright. There is a different version like Ubuntu, RHEL, Fedora and so on. In this article, we’ll give a brief overview on choosing the right version of Ubuntu for laptops.

Why Ubuntu Version for Laptops?

Why we are calling the right or suitable version for Ubuntu because there is so many version of Unix which does not align with precise specifications of the laptop.

Running any Unix platform requires a specific requirement specification for better execution. There are so many different versions or flavors of Ubuntu itself like Kubuntu, Xubuntu, Lubuntu and so on. These are not slangs or nicknames given by users there are the names of different versions.

When the discussion comes to Linux user have the freedom to choose between a desktop environment or some other utility. It is the combination of various components which provides the graphical user interface of different elements like icons, wallpapers, toolbars, and different desktop widgets.

Lots of the desktop environments come with their integrated application and their relevant utilities for the user in getting the uniform feeling for the use of operating system. This thing changes the overall appearance of the operating system and its usage at times for the program you use.

Which Ubuntu version is best for Laptops?

Within Desktop Linux the desktop environment varies regarding different flavors like:

These are all official flavors of Ubuntu endorse by Canonical which the parent company. They use to release the upcoming and new version at the same time as the primary Ubuntu Unity directly releases according to the provided schedule. There are lots of other Ubuntu flavors not linked with the parent company.

They were designed and curated by the programmers worldwide working on different versions of Unix. Unlike with the Mac and Windows users, they have the choice of using the system at their own will and trying out various new things.

Let’s begin with the official version of Ubuntu. Launching of the Genome-based distributions of Linux gave rise to this operating system. This GENOME is stable and quite comfortable in utilizing the desktop environment.

There is always a reason to select the official flavor of such supportive paradigm. It is primarily supported by the Ubuntu community and Canonical.

There are so many different reasons to support the choice of official Ubuntu flavor looking out for the modern and fully featured desktop environment based utility which is quite incredible for use. It is suitable for both on simultaneous backgrounds like desktops and laptops.

It is easy to customize a suit for incorporating all the required utilities of an operating system to the point. GENOME does not work well in the case of tinkering and tweaking. Genome works best when you do not prefers any such changes.

The K desktop environment is across the GENOME and maligned with the lesser desktop. With the advent and release of KDE Plasma that notably changed. It has become stable efficient and incredible that stands toe to toe along the best of them.

The desktop and comfortable in using the fast and robust with the modifiable factors environment. Lubuntu is the right thing to use for all such attributes. It comes with different barebones for the desktop which might be accustomed. It makes use for the LXDE desktop and involves within the list of particular application in a continuation of the lightweight theme. If your requirement is the blazing speed and robustness of the operating system, then Lubuntu is the right choice in this regard.

This caveat usually considered as the deal breaker. Smaller the footprint of the Lubuntu which is preinstalled within specific applications did not often stand up for the tasks. For instance, instead of the full-blown office suite, you’ll find the AbiWord word processor and the Gnumeric spreadsheet tool.

Both of these tools are just fine and keep looking for the software whose business ready idea is a bit lacking. Despite this, the work-centric tools involve the Synaptic package manager for the installation of the 3rd applications.

This operating system is considered as one of the oldest version or the early bird within the suit. This is not the desktop version or the variant which is viable to handle the desktop based utilities. It is one of the most special flavors of Ubuntu which was designed with constructs of a multimedia-based powerhouse. The use of Mythubuntu needs the TV turners and our cards. During their installations and setup utilities, the backend and front end were set up according to the IR remotes.

It is one of its kind which is the newborn baby on the block with the official flavor.

The sporting budgies desktop which is modern and beautiful to take on the Linux which will please the type of different users.

The objective of this Ubuntu Budgie was created an amalgamation of unique and straightforward desktop utility based interface. This is one of the most stable services based desktop environment remarkably working as the Ubuntu Linux platform.

This is an out of the box experience for users. It has the immediate familiarity does not imply with the locked out flavor of Ubuntu. Xubuntu can easily be molded and tweaked. It is a viable solution for old-school students and their resemblance to create unique out of the box systems.

Ubuntu is a handy solution for laptops. It brings different utilities for its applications and allows different functionalities available from their different flavors.