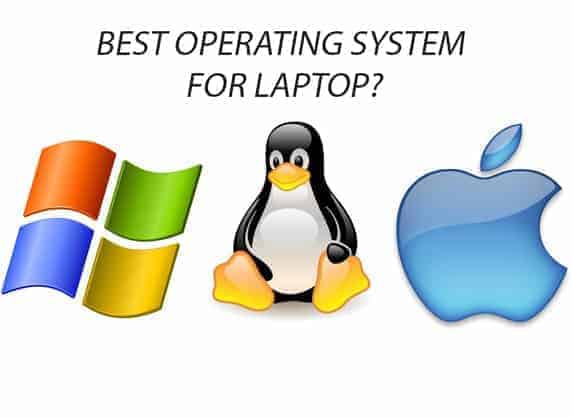 What is the best operating system for laptop?

Windows OS (from microsoft) in every version, came up with some ups and downs. There was a rumour that if it’s one version touches the sky, other would hit the ground.

For example, windows 95 was not that much famous but it was followed by windows 98, which was a show topper. Similarly, windows 2000 lack some features that windows XP covered later on and it also became people choice at that time. This was followed by windows vista which again didn’t make it to touch people heart. Subsequently, window 7 came in with a boom and filled the gap, vista created.

Moreover, Windows 8 was launched and as per rumours suggested, it was not according to user’s taste. And the track of shortcomings went high until windows 10 came with a bombarded changes and features. In addition to that, windows 10 is the first windows that is going to stay for 10 years .i.e. 2025.

What is the best operating system for laptop?

There is no clear winner between operating systems rather it all depends upon usage. For instance, Developers use specific operating systems that are more conductive to programming and application development. But in contrast, average employee is likely to use proprietary system for their everyday usage.

What is operating system? It is a system software which computer (system) needs in order to operate. Without OS, computer can not communicate with its hardware and thus not possible to function.

People from different walk of life, will open a debate on this discussing to prove, their’s OS is the most popular or best operating system for laptop. But it all depends on satisfaction of their needs. So, we are here to give you a brief of different OS for laptops.

Windows target normal users, who most often used to perform normal day to day activities like browsing, gaming, watching movies, video editing, accounting etc. It covers a huge audience due to its easy to use GUI (Graphical User Interface), mean user do not need to have much awareness of technicalities.

On the other hand, it does not restrict you from serving it for other purposes like software engineering, architecture and graphics editing etc. For instance, Dot Net (.net) and Java are very popular programming products which uses windows platform and contradicts it’s limitation for general purpose only.

Mac operating system (OSX) is only supported by Apple machine like macbook and ipad etc. It is a very classic choice but comes with a huge price as these are very expensive laptops to buy. It is considered to be one of the easiest operating system for early birds, also ideal for artists and everyday users.

Its unix based makes its similar to linux having exact terminal commands. The most used and liked feature of MAC OSX is terminal and spotlight search. Windows has MSDOS as an alternative to terminal which is often replaced by installing third party softwares like git and shell etc.

Programmers find it as heaven when they don’t have to worry about configuring node, git and npm. So, they will argue to consider this the best operating system for laptop.

Since OSX holds less market share as compared to windows, it has never been a victim of known virus or hacking issues. I believe hackers do not find it profitable to spend time on. Same is the case with software market for OSX .i.e. Comparatively, less market share as that of windows.

To sum up, Mac osx best used for professional purpose whereas, windows is a general purpose OS and has great market for even gaming.

Linux OS is best option for programmers and computer students. It is very secure and stable because of its restricted user approach and has little chances of hacking.

Linux is faster than windows but In contrast to windows, it’s not like any ordinary user friendly machine. It does not have much softwares as compared to mac and windows and is intended for tech savvy only.

The most promising thing about linux is that it is open source. You heard it right, you don’t have to pay a penny for it. Linux has in-built NVDIA/ATI Graphics Drivers (No need to install any drivers). It also support Internet Graphics, Audio-Video and Bluetooth connectivity without manually installing any drivers.

Programmers and expert will quarrel to term linux the best operating system for laptop as well as desktop.

Q: What is the latest version of Windows?

Q: What are the most popular versions of Windows?

According to the survey of year 2017, the most used desktop operating systems and versions were:

Above survey indicates, that all over the world usage is Windows 7. On the above calculations we can make the best use of Windows 7.

Q: Which windows OS is best for games?

Windows 10 would be best for future gaming as more and more games use DirectX 12 API.

Q: Which operating system is best for programmers?

However, In Stack Overflow developer survey, OS X topped the most used Desktop Operating System, followed by Windows 7 and then Linux.

Q: What is Android, IOS and Blackberry?

These are operating systems for mobile phones only.

Q: What is windows server?

Windows server is used on server machine in server-client architecture. Where one system acts as server (defining rules) for clients (other computers). It is not for single user rather Best suited for offices.

Q: What is the most popular version of windows used in the world?

Windows 7 is the most popular operating system for desktop and laptop.

Q: What editions of windows 10 are there?

Windows 10 Home, which is the most basic PC version.

Windows 10 Pro, which has touch features and is meant to work on two-in-one devices like laptop/tablet combinations, as well as some additional features to control how software updates get installed — important in the workplace.

Q: What is the difference between 32-bit and 64-bit versions of windows?

The term 32 bit and 64 bit refers to the computer’s processor based on how it handles information. The 64-bit version of windows handles large amounts of random access memory (RAM) more effectively than 32-bit system.

Q: What is the latest version of Mac OSX?

Latest version of MacOS is Mojave – 10.14 as of today, December 2018. But most of the system you will find is running on High Sierra.

It is based on your processor but normally, 64-bit version of windows is much more responsive when running several programs at the same time and switching between them frequently. That’s why 64-bit is much better than 32-bit.

Which windows are preferred by us for best and long lasting use?

We (team laptopsgeek) here, believes in “latest is the only best”.

So, our choice is Windows 10, an awesome feature of Microsoft Windows. You would love to spend your every penny for its usage because its features, its design, speed, accuracy, privacy and security. In future you may need programs which will only be compatible with windows 10. It’s very fast and reliable and takes full responsibility of each and every step you take.

Microsoft Surface, HoloLens, is a coming up technology which will work with windows 10. The best point is that it will work with all the platforms like phone, tablet, Xbox, laptop or desktop! All its data will be in sync and transferable across all platforms!

Because of this We can say, Windows 10 is best operating system for laptop.

To sum up all the operating system analysis, we concluded that for normal users like gamers, bloggers, teachers, students (other than computer students), businessman, bankers, doctors and offices, latest Windows operating systems .i.e. Windows 10 is the best operating system for laptop. You can easily install it on any laptop whereas in case of osx, you have to have macbook.

As stated earlier, windows has a large market share and thus has the majority of votes. We can base our answer (to this question, “what is the best operating system for laptop”) on this data and announce windows as best for laptops.