Best Cheap Laptops for Music Production at a Glance

A lot of laptops these days could give desktop computers a run for their money. If you have also been looking for a reliable laptop to produce your music on, then you have come to the right place. In the following list, we are going to discuss the ten best laptops for music production. Keep on reading until the end, and hopefully, it would be easier for you to make a decision. Because we understand how overwhelming it can be when it comes to choosing just one out of so many. Let’s get into it: 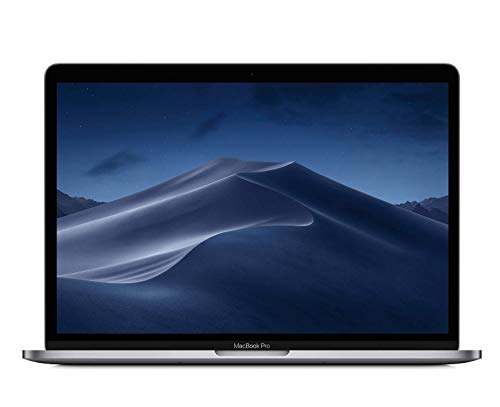 Starting out the list is the MacBook Pro. MacBook Pro has been a favorite laptop for producing music for a lot of musicians all over the world. Ranging from Coachella to the DJ booth at your local night club, most of the musicians would be using this laptop- and rightly so.

This model was first launched in 2015, and everyone went mad after the laptop as it was a compact, 13-inch laptop, which also happened to be very lightweight and thin. So people worrying about carrying their laptops with them wherever they went were able to breathe a relief of sigh. Now, equipped with a 7th generation 2.3 GHz dual-core Intel i5 processor, we can understand why so many musicians opt for it.

Moreover, it comes with an SSD. This means that it will be able to quickly load and manage a lot of software without any trouble. Though the 8 GB ram might not be enough for some people, you can always upgrade it to 16 GB, which is more than enough. 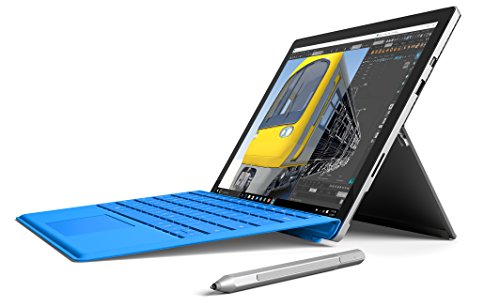 The 2nd laptop on our list is the Microsoft Surface Pro 4. You will find that both this laptop and Apple MacBook Pro are almost similar in price. Both of them have a lot of the same features too. The significant difference, however, is that Surface Pro 4 has a faster, 3 GHz processor and 8 GB RAM. Again, this might not be enough for some people, but for basic music producers, it should be enough.

It is equipped with a 12.3-inch screen, and since it weighs only 1.7 lbs., it is quite lightweight as well. It has 2 USB ports. If 2 USB ports are not enough for you and you intend to use more USB ports, then you might want to consider investing in a USB hub.

Some people have even started calling it a tablet instead of a laptop. That is why we like this laptop so much. Within seconds, you would be able to turn this tablet into a laptop whenever you want. One of the most exciting features of this laptop is that it comes in multiple colors. So you can choose the color which suits your needs and requirements. 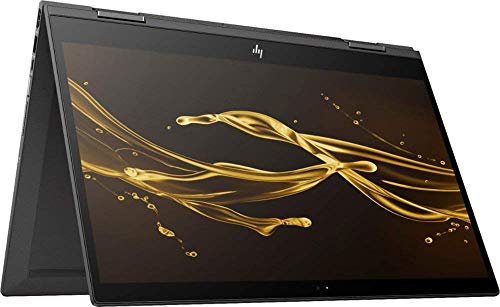 HP Envy x360 is one of the most affordable laptops you are going to find on this list. It may not be as powerful as other laptops, namely Surface Pro 4, but it has enough technical specifications to meet the requirements producing music would need efficiently.

This laptop is also capable of transforming into a tablet. No, it doesn’t separate the body like Surface Pro 2, but you can fold the screen completely 360 degrees. This would help you in using the laptop and the touch screen in multiple ways. It comes with a tablet-style touch screen that you can use with the help of a smart stylus.

Equipped with an 8 GB RAM and an i5 processor, making music in your digital audio workstation (DAW) should not be a problem. It also comes with a stable battery life. 13 hours, to be precise. Thirteen hours should be enough in case you are traveling to another country. It should be enough for you to complete a full workday too. 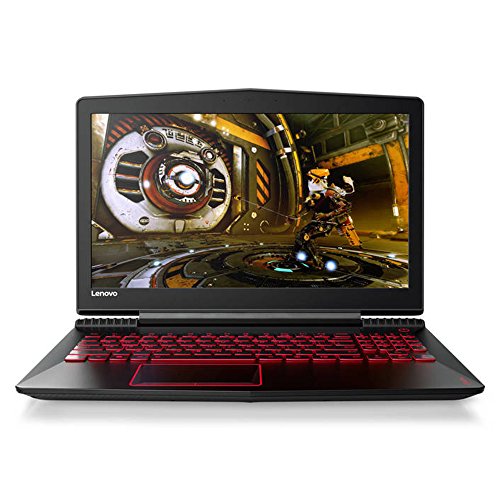 Since we don’t like any misrepresentation when it comes to communicating the truth with our readers, we are going to be honest here. The Lenovo Legion Y520 might not be that much for producing music as it is for gaming, but at this price, it might as well be perfect for producing music too. First of all, it has a large 15.6-inch screen and is packed with a 7th generation i7 processor.

The started model comes with 8 GB of RAM, but the advanced model comes with RAM upgradeable to 16 GB. It also comes with the NVIDIA GTX 1060 graphic card. Now you may think why would you need such a heavy graphic card for producing music. But you should know that some DAW’s also use GPU processing. So, in that case, you would be covered should you choose to buy this laptop.

The Legion also comes with a cooling system. This improves the performance of GPU and CPU units. The cooling system is perfect for studios or rooms that tend to get hot after some time. While the size of the screen might put you off regarding the portability of the laptop, it has quite a portable design. 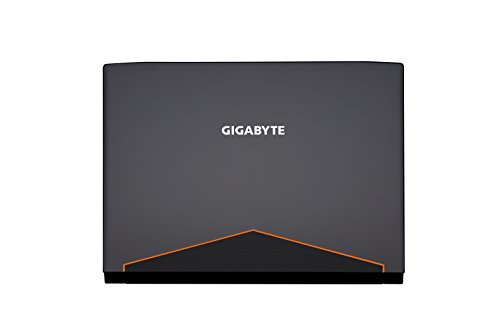 If you are someone who intends to travel a lot while producing music. Or just someone who frequently travels to perform, then this laptop might be the best option for you. With an only 14-inch screen and weighing four lbs., it would not be wrong to say that this laptop might be the most portable on this list. But don’t let the small size throw you off, it has a 94Wh battery life.

This laptop is equipped with a 6th generation i6 processor, which is quite surprising for this laptop considering how compact it is. The process would be more than enough for you to run your DAW or any other software of your liking. You would have to choose one of the following models: one with 8 GB DDR4 of memory and the other with 16 GB DDR4 of memory. The maximum you would be able to upgrade it is 32 GB.

The Aero 14 consists of two M.2 slots that have 2280 SSD storage. This makes this laptop much faster than usual hard drives, and it also uses less amount of power.

Again, usually the first thing people think of when they hear the word Razer laptops is gaming. But what they forget is that it is also well-equipped to handle people’s music production needs without any trouble. Though this laptop might be expensive for some people, but for those whose source of income is their music, buying this laptop would seem like a good investment.

Equipped with an 8th generation intel core i7 6 core processor, producing music on this laptop would be nothing short of an experience. The NVIDIA RTX graphics card would allow you to open up your mind to unlimited creativity. This laptop also has the smallest footprint of any laptop in its class, so you can carry it just about anywhere you want.

Moreover, this laptop does not have any 3rd party trial junk software. So you can say goodbye to your laptop slowing down without any reason.

Producing music on this laptop would be much more convenient, thanks to the precise glass touchpad. 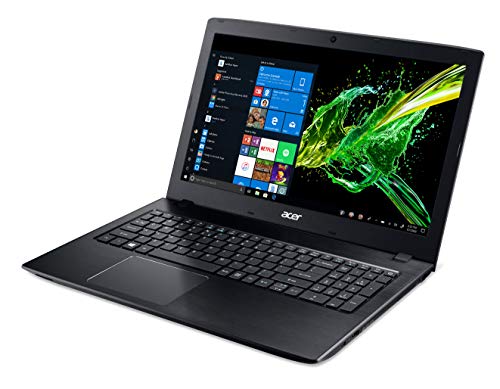 With so many different laptops on this list, we thought, why not include that do not cost a lot. But don’t worry, just because they don’t have a high price tag on them does not mean they don’t deserve to be on this list. The Acer Aspire E 15 has everything that excellent music producing laptop should have: 8th generation 3.4 GHz processor, an NVIDIA G Force MX150 graphics card, and a 256 GB solid-state drive.

Having a nice, solid 256 GB stat drive means the speed of the laptop would be improved. Since they don’t have any moving parts, accessing files would be much easier and faster. This can be a problem with some laptops because when laptops have a lot of files, they don’t perform as efficiently.

The battery doesn’t lack either. It is capable of staying charged up to 10 hours, so you can easily go on about your day without having to worry about finding a charging slot soon. 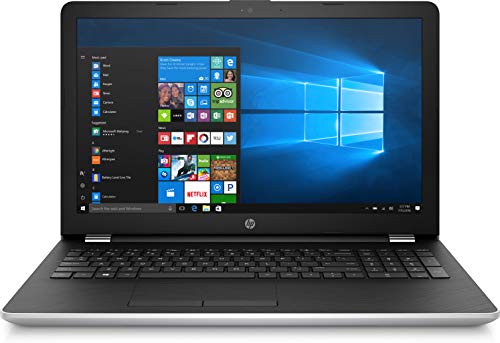 While touchscreen laptops are very convenient to use generally, they are especially helpful for people who want to produce music on their laptops. The HP Jaguar also happens to be another great option that is not too expensive. It is equipped with an Intel Core i5 processor that starts at 2.50 GHz, but it can be taken up to 3.10 GHz. It has 8 GB RAM, allowing you to run several plugins in your digital audio workstation.

You would not need to worry about your laptop running out of storage as this laptop is equipped with a 1 TB hard drive. It has a large screen, 15.6-inch, to be exact. The touchscreen of this laptop supports ten-finger multi-touch. The battery on this laptop is not that impressive, allowing you to use 4-5 hours of normal usage before you would need to charge it again.

Although the market is now filled with newer generations of laptops, this laptop still ranks as one of the fastest laptop CPUs. You can efficiently perform your daily tasks on this laptop without having to worry about it slowing down. 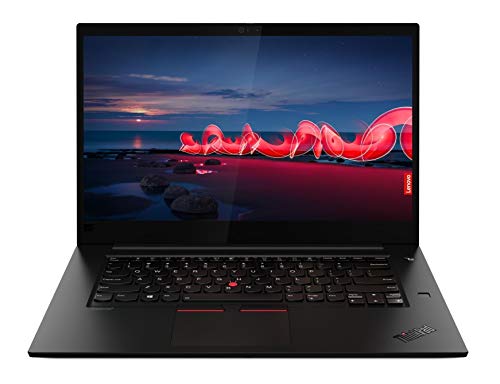 There are a lot of people who prefer to work with Windows when it comes to laptops. If you are also one of those people, then this laptop might be ideal for you. But we should warn you, though; it comes at a high price. Though looking at the fantastic specifications, you don’t need to wonder why it costs so much. First of all, the laptop comes with an 8th generation Intel Core i7 6 core processor with vPro technology.

Secondly, the laptop allows you to upgrade the RAM up to 64 GB. And depending on the type of storage you prefer, you can either go with the 1 TB 7200 RPM hard drive or up to 1 TB solid-state drive. The battery life of this laptop is also quite impressive, lasting up to 10 hours. Again, this also depends on the number of programs you have opened on the laptop.

The graphics card for this laptop is customizable, so you should not worry about heavy plugins on your DAW. 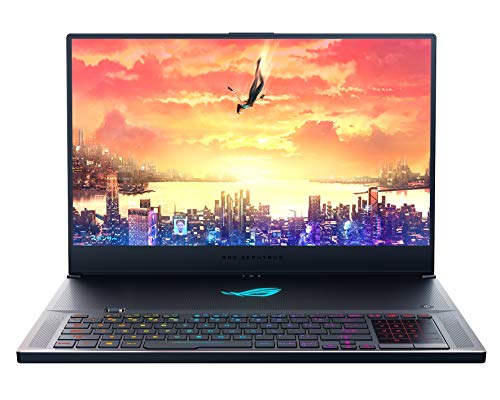 The last laptop on our list is by ASUS. Usually, laptops with powerful features are heavy and bulky. But that is not the case with this laptop. It has excellent features that you would hold your attention: NVIDIA GeForce RTX 2080 graphic card, Intel Core i7 Hexa-Core processor, and an FHD display. The storage is also incredible, with 1 TB SSD and 16 GB of RAM.

It would not be wrong to call this laptop an all-rounder. The only factor that would come between you and buying this laptop would be the price. It is quite expensive, most expensive on this list. But if you plan to earn money through your music gigs and want to make sure you have a reliable and durable laptop, then you should not think twice before getting this laptop.

The cooling system in this laptop would make sure that it doesn’t get heated. It would always keep the temperature at the minimum, thus, saving you from heating issues.

Whether you are just starting to produce music on your laptop or you have been doing for a lot of years, you will find a laptop on this list that would fulfill all of your requirements. Just make sure to narrow down some of the specifications you are looking for in a laptop, and it would be easier for you to make a decision.